Why Startups should follow the DevOps culture from the beginning and how they can reap the benefits of building a strong product for future with minium overhead of cost & managing skills.

Managing a tech startup has its own challenges. And although we have come a long way ahead, every new solution seems to build a new problem. Just take a moment and recall. In the early, 2000’s building complex applications was not everyone’s piece of cake, and hence the microservice architecture started becoming popular. But, with time, it became difficult to deploy these small services of the same application in different environments, especially as the companies started becoming serverless with the introduction of cloud computing. Thus, Docker was built. Everything seemed well, but then came the problem of managing these large numbers of containers and so container orchestration tools like Kubernetes started becoming popular.

Every Technology Has Its Baggage

Today the problem is not just technical. With continuous integration & continuous delivery becoming the key focus as companies try to beat competitors to market, fast deployment is not just a perk, but a necessity for young startups to survive.  Faster deployment not only saves money, but even history teaches us that the first to launch has the first influence on the customers (Just look at how Netflix changed the streaming industry .)

Although the software tools like Version Control Systems and Virtual Environments have helped organize production, since the adoption of the cloud-based microservice architecture, the deployment procedure has changed a lot. It is no longer new to see applications pass tests in production and later crash in deployment. Techniques like IAAC( Infrastructure As A Code ) have helped document the infrastructure and keep them in sync with the production environment. However, it still throws light on a lot of areas of improvement, like increased testing times and the big data logs that have to be gone through.

Now we are at a point where software alone cannot speed up deployment. The whole system has to change! Though luckily we have the solution: DevOps.

How does DevOps help you?

The traditional approach to streamlining the production of an application can be broken into two parts: Development and Operation.

The development includes development, testing, and bug fixes, and although they are categorized as one unit, in most companies the developers and testers generally have a communication barrier that leads to more time in finding and fixing bugs.

When the application is finally approved for deployment, the operations team is responsible for containerizing individual microservices and deploying them on the servers.  But most startups are serverless these days and their services are hosted on the cloud. Maintaining the cloud infrastructure is in itself a time-taking task, and the constant changes in the development phase result in an increase in the time to market.

This is because Cloud servers have added a lot of tasks to the operations team. Managing incoming traffic to match the number of servers required (because now you are paying by the hour), going through logs of crashes, and reporting these issues to the development are necessary tasks.

Most problems that are faced in this process are generally due to a lack of communication and data transfer. Either the development team is not completely aware of the production environment, or the logs of the crashes and test results are not reported on time.You will also notice that a lot of time and money can be saved by automating certain processes, like automatically increasing the server base when traffic is expected to be high.

DevOps is neither a software stack nor is it some additional hardware for your server. Instead DevOps is a set of practices and an interdependent organization structure that is aimed to target several problems that most tech startups face, by bringing the Dev and the Ops team together.

In short DevOps aims at better and faster production at a cheaper price. Now which startup would not want that?

Some number’s on how ROI is measured in adopting DevOps : 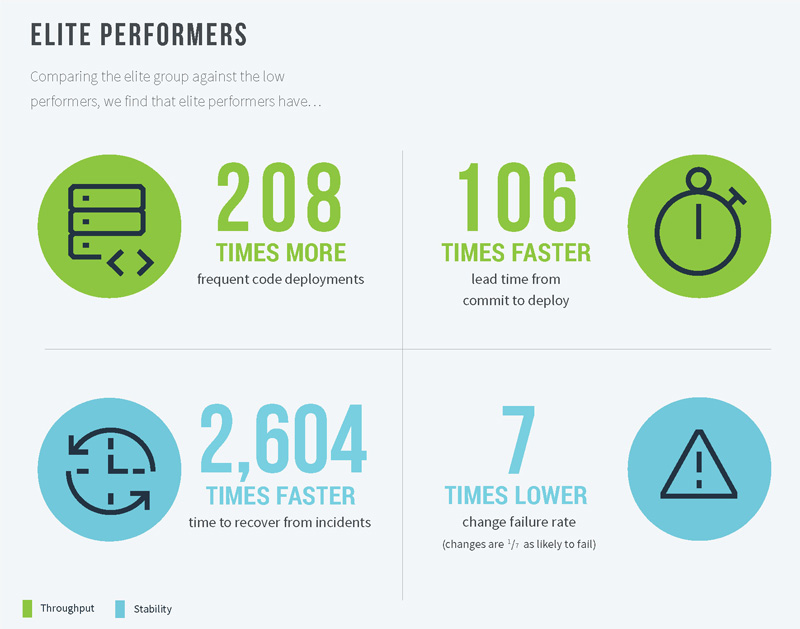 Large companies, like Google, Amazon, and Netflix, were the early adopters of the DevOps culture. Although it isn’t common to see these large scale companies adopting new practices, because they have always been the market disruptors, it was when the stats were compared before and after the establishment of an in-house DevOpsteam that the benefits became evident.

A great example of a radical change due to DevOps is  Target.

After it’s data breach in 2013, Target was forced to rethink its company structure as the data exposed a complex development and organizational structure. It was so inefficient that in a recent interview with the Wall Street Journal, Heather Mickman, a director at Target, revealed that the situation was so bad that just to get one server provisioned it would take ten teams!

Starting with changes in leadership, by the end of 2015, Target had completely transitioned to an organization based around the infrastructure of the products. Every unit of the engineering team now had API access to other teams to monitor logs and environment setups. This setup also had an automated testing and deployment environment. All this resulted in a steady increase in revenue with the annual revenue being $70.27 billion in 2016 to $78.11 billion in 2019 (an all-time high) according to statista.com.

Today, it is advised that startups adopt DevOps practices from the day of their establishment because it is essential to become used to continuous integration & continuous delivery to convert clients to customers.

Moreover, if the startup is just too young to afford an in-house DevOps unit, outsourcing to a third-party DevOps could be the solution. This saves time and effort on R&D and also the economic costs of implementing any infrastructure. At the same time, it helps the organization adopt effective practices that have already been tested by the provider on a large scale due to their years of experience in the field.

More from the same category 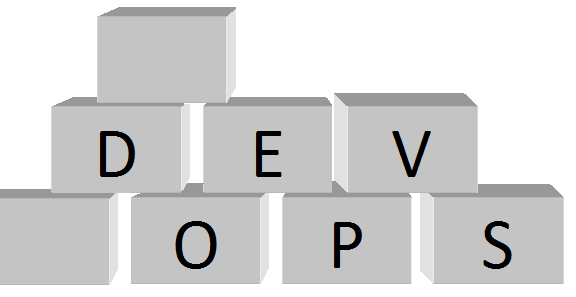